Launch of Websites and Apps for Print Media and FM Radio 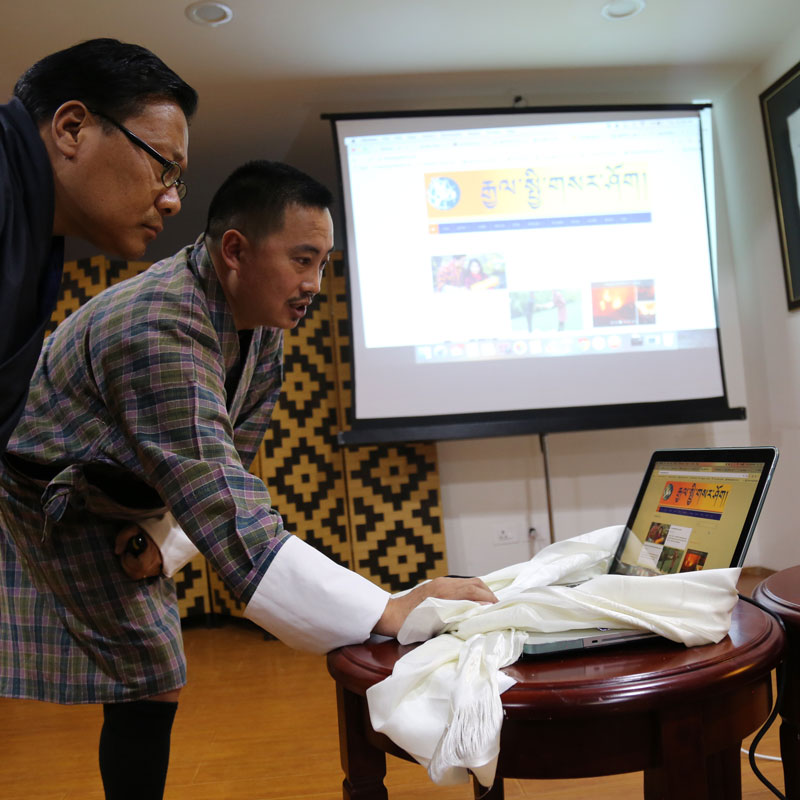 The ‘Websites and Apps for Print and Radio’ was launched on 29 June 2017. With the launch, the Bhutanese news consumers have the choice to be anywhere and be informed and entertained anytime through their smart mobile devices. Anyone with access to Internet or mobile devices can access the different private media websites to update on the news and current affairs. Further, they can listen live programmes aired on three private FM radio stations based in Thimphu through the two apps – Bhutan News and Radiola (android and iOS) for free. The Director of Gross National Happiness Commission, Mr Rinchen Wangdi, launched the websites and apps. Close to 50 reporters, editors and CEOs participated in the launch ceremony.