Printing and Launch of Code of Ethics (22 June) 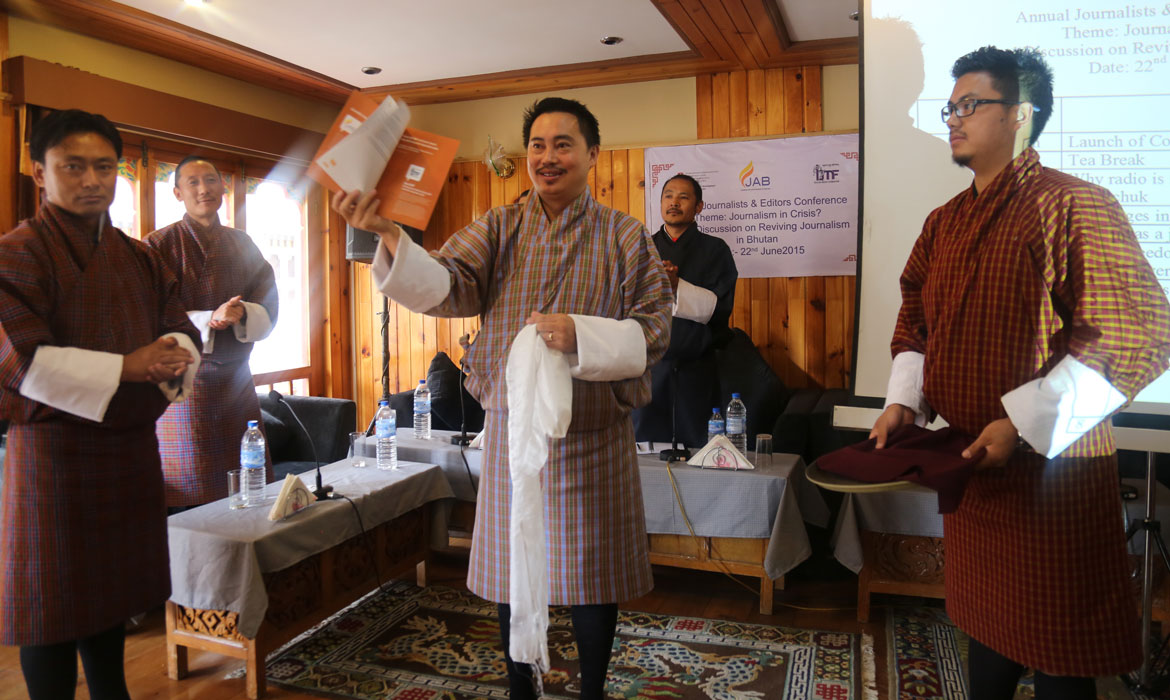 After drafting and finalising the Code of Ethics for Journalists, the document was printed and launched on 22 June 2015 in the presence of 57 media professionals (16 female 41 male), which included CEOs, editors, reporters and freelance journalists. Along with the launch, a panel discussion on “Reviving Journalism in Bhutan” was held. The Code of Ethics was printed and distributed to all the media houses, journalists and other stakeholders. It was also made available online on the websites of JAB and BMF.