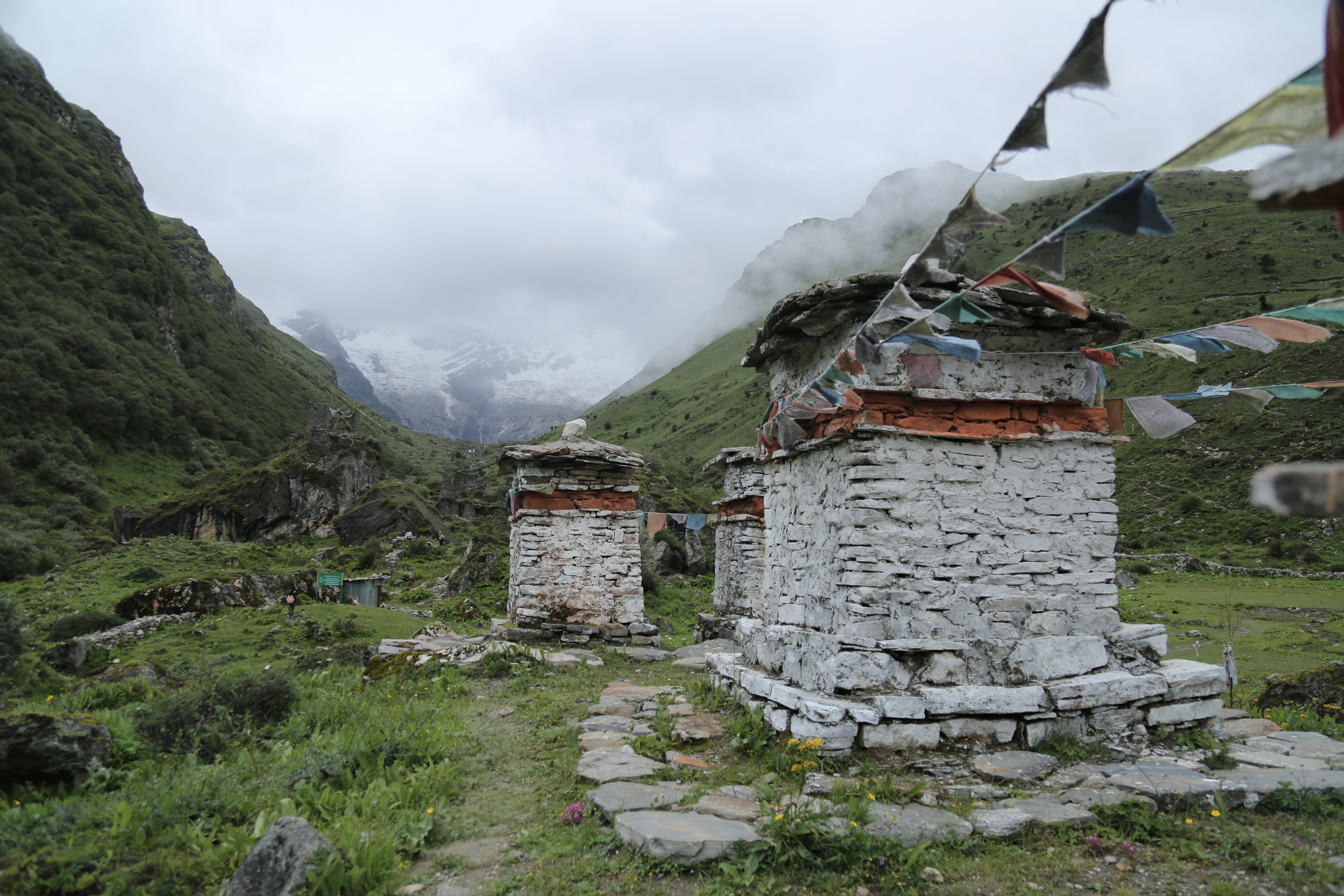 On a clear morning, the sharp tip of Jichu Drakay is a crystal dagger piercing the sky. The ancient ruins of Jangothang are dark and crumbling against the shiny face of rugged Jomolhari. An imposing rocky mountain rising sharply from the banks of the Pachu is the citadel of Ap Chundu, the guardian deity of Haa. Down in the valley bestrewn with colourful flowers, the Pachu is a noisy band of silver stretching across the length of the valley. At a cursory glance, nothing seems to stir among the giant monuments of nature.

But by the Pachu are small, ancient hamlets of Soe populated by sturdy nomadic people. It is home to Ap Chonyi Dorji, the composer and singer of celebrated song Yak Lebi Lhadar Gaw. The haunting song dedicated to a handsome yak identified for slaughter touches a special chord in the mountains of Soe. Far removed from the towns characterised by concrete cubicles and noisy arguments, Soe is among the last villages yet to catch up with a modernising country.

Home to 200 people living in 28 households, Soe is the smallest gewog in the country. Two days’ hard trek from Shana in Paro, Soe is among the villages farthest from a roadhead. It has no access to television, radio, and newspapers. Most people have not seen any form of traditional media. Village leaders and horsemen who occasionally travel to Paro and Thimphu bring them some news from the rest of the country.

Yet, things are changing, albeit slowly. Electricity reached the gewog in 2016. The gewog was connected to B-Mobile’s 3G three months back. TashiCell is transporting cellular equipment to Soe for installation. Some of the 14 rickety log bridges between Shana and Soe have been replaced by Bailey bridges. Every year in October, Soe attracts around 400 people, including some 60 government officials, to its Mountain Festival which has been running for six years. Bhutan’s most popular trekking routes – Snowman Trek, Laya-Lingzhi Trek, Jomolhari Trek, and Soe-Yaksa Trek – pass through the gewog.

Among the new arrivals in Soe, 3G cellular service has caught the imagination of the villagers. Most of them are already on WeChat touching base and forming groups to discuss community issues. Forty-three-year-old Gup Kencho Dorji, who has been Soe’s gup for 20 years, says WeChat has brought the community together. The yak herders use the voice messaging app to bring missing yaks home collaboratively. Thirty-two-year-old Wangmo from Dangojang hamlet says WeChat has made yak herding much easier. The whole community of herders is now on WeChat sharing real time information on the whereabouts of the gewog’s 1,461 yaks.

The most endearing feature of Soe’s changing landscape is its only school, romantically named School Among Snow Leopards. The Soe area is home to eight elusive snow leopards and many other endangered animals such as the tiger, musk deer, takin, Asiatic wild dog, Asiatic black bear, and sambar. Established in 2009 by Bhutan Foundation, the school – some people call it the ‘cutest’ school – has eight children, six girls and two boys, studying in classes ranging from PP to IV taught by two teachers. They saw a newspaper for the first time when a media team from Thimphu visited the gewog last week for a media literacy workshop.

Six-year-old Tandin Lham is one of the two class PP children. She walks two hours between home and school every day. Principal Tshering Dorji, 38, an affectionate figure to the children, volunteered to teach in the school three years ago. Among a few civil servants and gewog officials in Soe, he is known as the Bear Grylls of Soe for his dogged endurance to swim in a glacial lake at 4,300 metres at least once every weekend. The school goes unnoticed to most visiting officials but gewog officials more than make up for it with the attention they shower on the children. Gewog Administrative Officer Galay Phuntsho, 48, a jovial man with a receding hairline, regularly goes to the school to exchange high fives and high tens with the children which keep them feeling loved and buoyed.

The horizons of knowledge and exposure are expanding in Soe as reflected in the ambitions of its school children. Children of remote schools in Bhutan would typically want to become teachers, the only profession they can relate to. But the eight children of School Among Snow Leopards have different ambitions. Four of them want to become teachers, three of them, doctors, and six-year-old classmate of Tandin Lham, Jigme Tenzin, wants to be a pilot because he has seen a helicopter land near his school. Jigme Tenzin wishes to fly beyond Soe. His grandfather thinks it is better than beautiful Soe.

In the meantime, Jigme is seeing hundreds of tourists and their Bhutanese guides pass through his village. They bring horse loads of foodstuff, including packaged food, appreciate the mountains, and some unscrupulous ones leave behind waste along the trails. Gup Kencho Dorji says regulations against waste are unequivocal but waste remains a mounting challenge. PET bottles and other plastic waste can be seen along the trails.

The villagers have heard that the media is a powerful tool of empowerment. They hope that WeChat, the only form of media they can use, not only brings home their missing yaks but also drive home their message against waste.

This story was first published in Kuensel on 17 August 2019