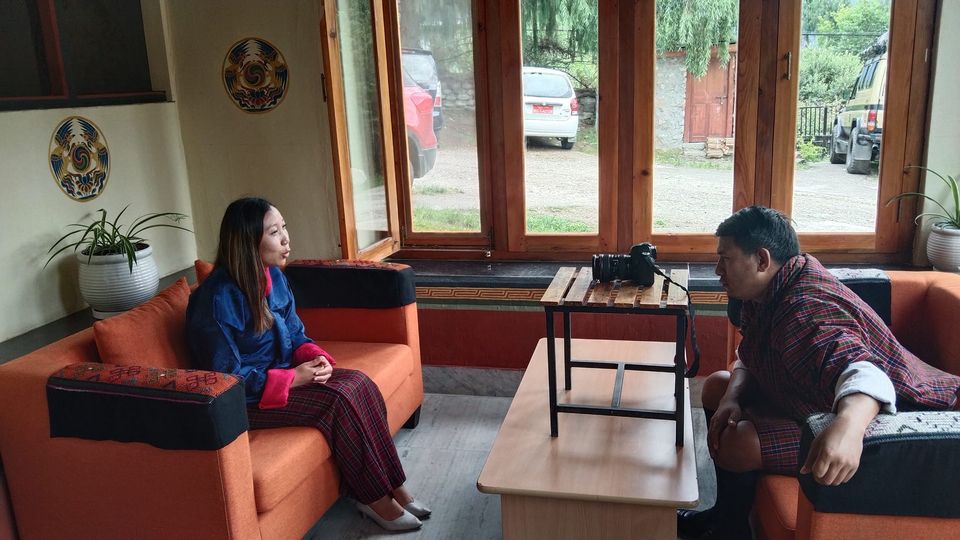 As the wind whips up dust along the Thimphu-Phuentsholing highway, a woman and her three years old child are in a tiny shop built of bamboo and plywood trying to sell mushrooms to commuters.

The woman is a member of the Bjabcho Aumtsu Detshen, a community-based organization in Chhukha that aims to empower single mothers and women through mushroom cultivation.

According to its founder Chimi Pem, there are 14 women as members of Bjacho Aumtsu Detshen and they operate a farmer’s outlet along the Thimphu-Phuentsholing highway. 10 of their members are engaged in mushroom cultivation, while three are in processing units.

The commercial production of mushrooms, which has opened up a new source of income, has also helped women in Bjabcho gewog of Chhukha become entrepreneurs.

Chimi Pem said she came up with the idea of the organization in 2019 after witnessing the challenges that women in her village experienced raising children, particularly single mothers, who had to support their families.

“The initiative has given women greater independence and financial management skills,” she said, adding that it is more than enough even if a single member is able to earn between Nu 7,000 to Nu 10,000 per month.

Meanwhile, Bjabcho Aumtsu Detshen is a Community-Based Organization (CBO). The number of CBOs has proliferated across the country today and they are supporting women by providing them with jobs and assisting them in achieving self-sufficiency.

According to the monitoring officer of HELVETAS Bhutan, Tshering Phuntsho, there are around 98 cooperatives, 640 farmers’ groups, and 850 forestry groups registered as CBOs in the country.

Another CBO that aims to create employment and support women is the Bhutan Association of Women Entrepreneurs (BAOWE), which was founded in 2010.

BOAWE helps women become experts on a variety of goods that are available in their villages and then gives them the idea to add value to the finished products.

The founder of BAOWE said, “We initially traveled to Trongsa, where Sichuan pepper is abundant. We helped the people there to extract pepper’s essential oils to improve the product.”

She added that although the community is doing the work, BAOWE only pushes and mentors them in order to enable them to generate employment for themselves.

There are many success stories of women succeeding in entrepreneurship through the CBOs, according to Tshering Phuntsho.

For instance, all of the 13 members of the Zheday Shayoen Aumtsu Tshogpa (another CBO) have become skilled home-based employees who are earning a living.

Further, there is the SAARC Business Association of Home-Based Workers (Sabah), which aims to increase market accessibility of women’s products by making them more consumer-friendly.

The Sabah projects are spread over eight counties including Bhutan.

The executive director of Sabah, Kesang said, “We are aiming to support our women in informal sectors to come up and have their self-sustaining income.”

Sabah was founded in 2010 in Bhutan with assistance from the SAARC and it allows people to work from home while offering skill upgrading training in a variety of fields.

Currently, there are over 1,680 Sabah members spread over 18 Dzongkhags, specializing in weaving, tailoring, food processing, and organizational capacity and business.

The role of the CBOs was highlighted during the two-day workshop for reporters and editors conducted by the Bhutan Media Foundation.

This story was published in Business Bhutan on 25 June 2022