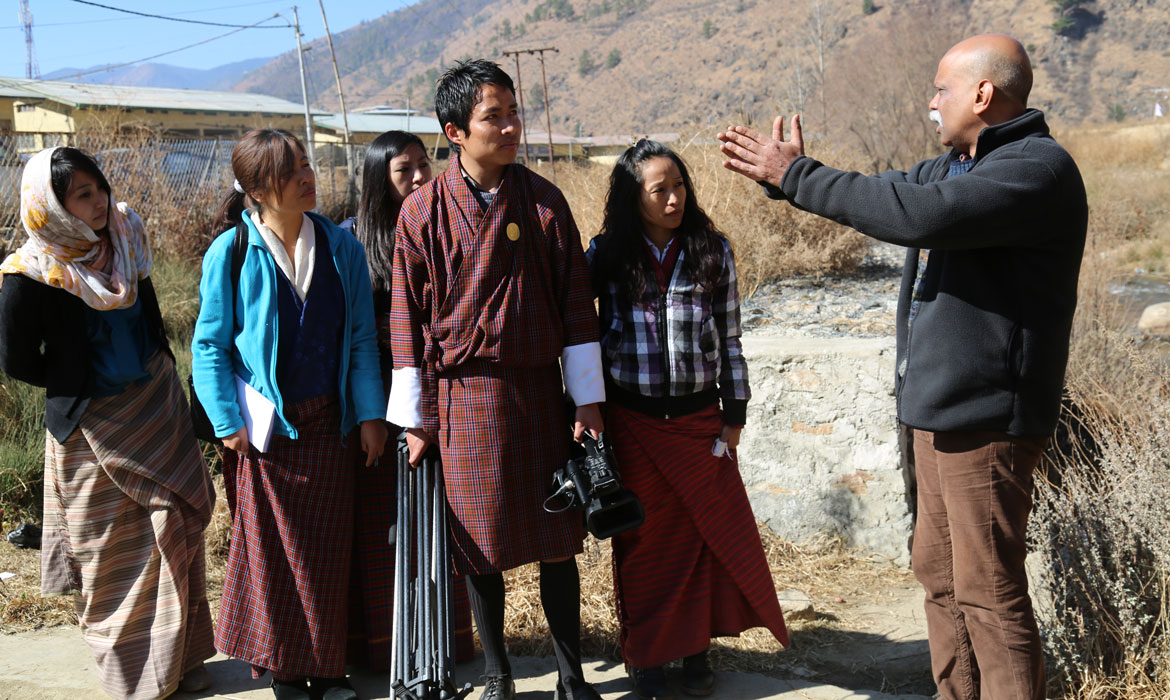 Sometime in 2012, a group of private newspapers appealed to the government against the implementation of the Advertisement Guidelines developed by the Ministry of Information and Communications. The government relented. That marked the beginning of the demise of the private press in Bhutan. The Guidelines would have pruned away the media houses to a sustainable number.

So, cannibalisation started in a media market crowded with 12 newspapers and six radio stations. The number was too big for a small population and a smaller audience at a time when the government’s austerity measures targeted publicity budgets. Today, five newspapers remain. Five have folded. One has suspended its publication indefinitely. Even five, it seems, is too many. Most of them are shadows of their former selves. In its heyday, Bhutan Times was 98 staff strong. It is down to 10 today.

Where did the sustainability challenge begin? It began with the liberal licensing policy. The government authorities have maintained that the Constitution’s guarantee of the freedom of the press means no one should be denied a media licence. Let them fight it out in the market. But experience tells us that the ‘media market’ does not operate like the potato and tomato market. And a media market in disarray is much costlier than a market of rotting potatoes and tomatoes.

In the meanwhile, the banking industry does not bleat like the media industry because a moratorium on the licensing of commercial banks keeps the number of banks in check. Article 7 of the Constitution that guarantees the ‘freedom of the press, radio and television’ also guarantees the ‘right to practice any lawful trade, profession or vocation.’ But the banking sector chose a moratorium while the media sector opened the floodgate. Hence a dying media industry.

Is there an answer?

Yes. In fact, many. The dwindling number of media houses could be one of them if more media houses are not licensed. The Bhutanese media saw its heyday when only three newspapers competed for news and ads. That, in short, is the moral of the Bhutanese media’s sustainability story. Limiting the number of media houses raises the question of plurality and diversity. But the English expression, ‘the more the merrier’, does not make practical sense for the media in Bhutan. A Bhutanese expression, which means the opposite, makes sense: the fewer, the better fed.

Another answer is public funding of the media. The experience of the Nordic countries shows that public funding of the media can be effective. Many say it will come at the cost of independence. Executed with a robust system in place with the ‘arm’s length principle’ at the centre of it, publicly funded media are known to enjoy both independence and credibility. The media in countries where a good public funding model is in place are ranked high in press freedom. And many countries see good reasons to fund the media as the fourth estate. In Bhutan, the media is the weakest link in the democratic set-up for various reasons.

However, even without a system in place, the media houses have enjoyed some public funding. The ongoing printing subsidy for the private newspapers is a good example. We welcome the current government’s willingness to not only continue the subsidy but increase it from 50 percent to 100 percent.

The Advertising Guidelines can be brought back to life. This will bring about a professional advertising culture in the public sector as well as the media. But it must be implemented without affecting the plurality and diversity of the media.

All the while, the media houses must play their part.

What could media houses do?

Transition online. The media houses must stay abreast of media production and consumption trends and keep pace with them. With the world online, legacy media become irrelevant if they do not move online. With content monetisation, marketing, and audiences moving online, the future of sustainable media is online. But the online transition must be strategic, not ad hoc or haphazard.

Even as they plan to transition online, good journalism, not business, must be the face of the media houses. In media, money follows professionalism. Professional content leads to a bigger audience that leads to more advertisers that leads to bigger revenue.

But who will pay for good journalism?

Recently, Kuensel denied full access to its stories online asking readers to subscribe to its print or PDF copies for full stories. The Bhutanese readers, used to decades of free access to stories online, are disappointed.

For Kuensel, this could be counterproductive to its online transition plans. The idea is to retain and build readership online, not divert it to print and PDF copies. Instead, if Kuensel asked its readers to pay Nu 20 (the cost of a packet of doma) a month for full access to its stories online, it could ease the readers into a paying mindset. Nu 20 will bring the newspaper Nu 2 million a month if it could gather 100,000 subscribers online at minimal additional costs.

From Kuensel’s perspective, though, it is unreasonable, even unfair, of the readers to continue to expect news stories free because journalism is costly. Sending its eastern Bhutan correspondent to pick two stories from Sakteng will easily cost a newspaper more than Nu 20,000. Who pays for the two stories? Partly by the advertisers, partly by the readers. We keep bemoaning the falling professional standards of the Bhutanese media. Have we ever thought of turning things around by chipping in some khamto of doma? Instead of adding to the social media noise, could we support the organised media which act as a sane counterpoise to corrosive and cankerous social media?

Because of their watchdog role, the media do not engender benevolence that translates into huge charitable donations like tshethar and prayer ceremonies do. But for all practical reasons, they remain the citizens’ best friends. For them, we can do more than bemoaning their poor state and falling standards.

This story was first published in Kuensel on 5 July 2019.