Workshop on Gender Sensitivity in the Media (23-25 June) 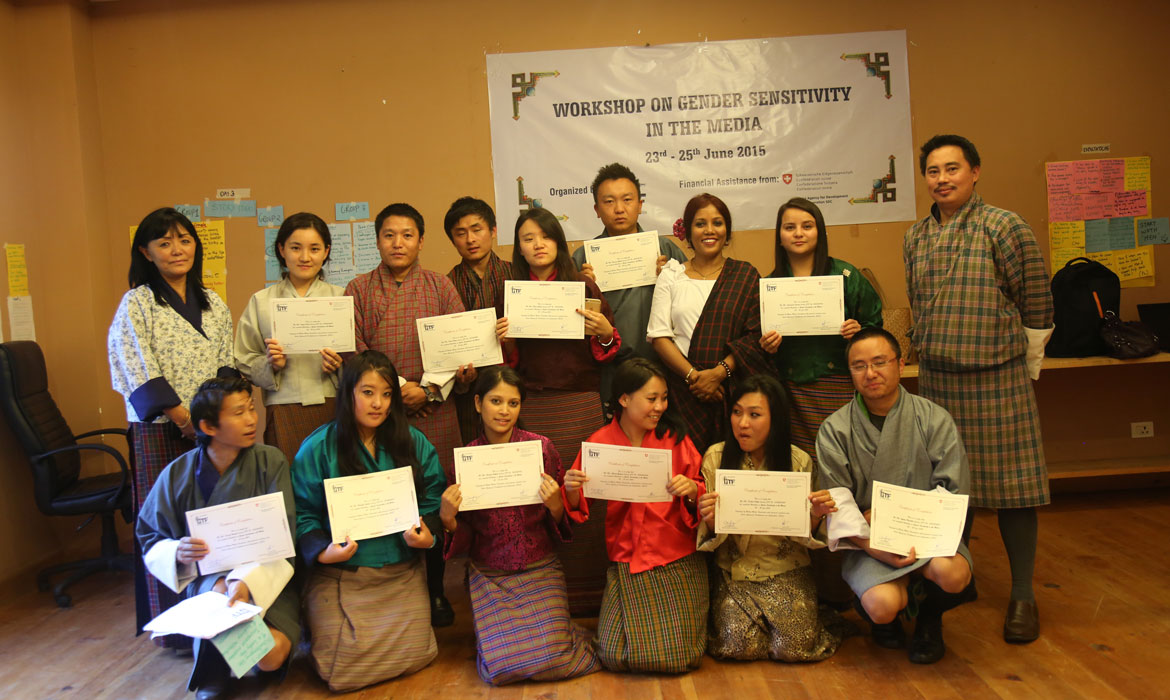 The workshop was aimed at training 14 (8 female and 6 male ) Bhutanese journalists to be well-prepared to promote a genuine and fair  image of Bhutanese women and to contribute to the goal of gender equality. Further, this workshop gave impetus to gender equality and women’s empowerment in and through all forms of media, irrespective of the technology used. Fourteen participants, including journalists/media professionals, officials from civil society organisations and autonomous government agency, were trained to produce improved quality of gender-based reporting and creating awareness on the issues.

Investigative Journalism Training (6 to 8 May 2019)