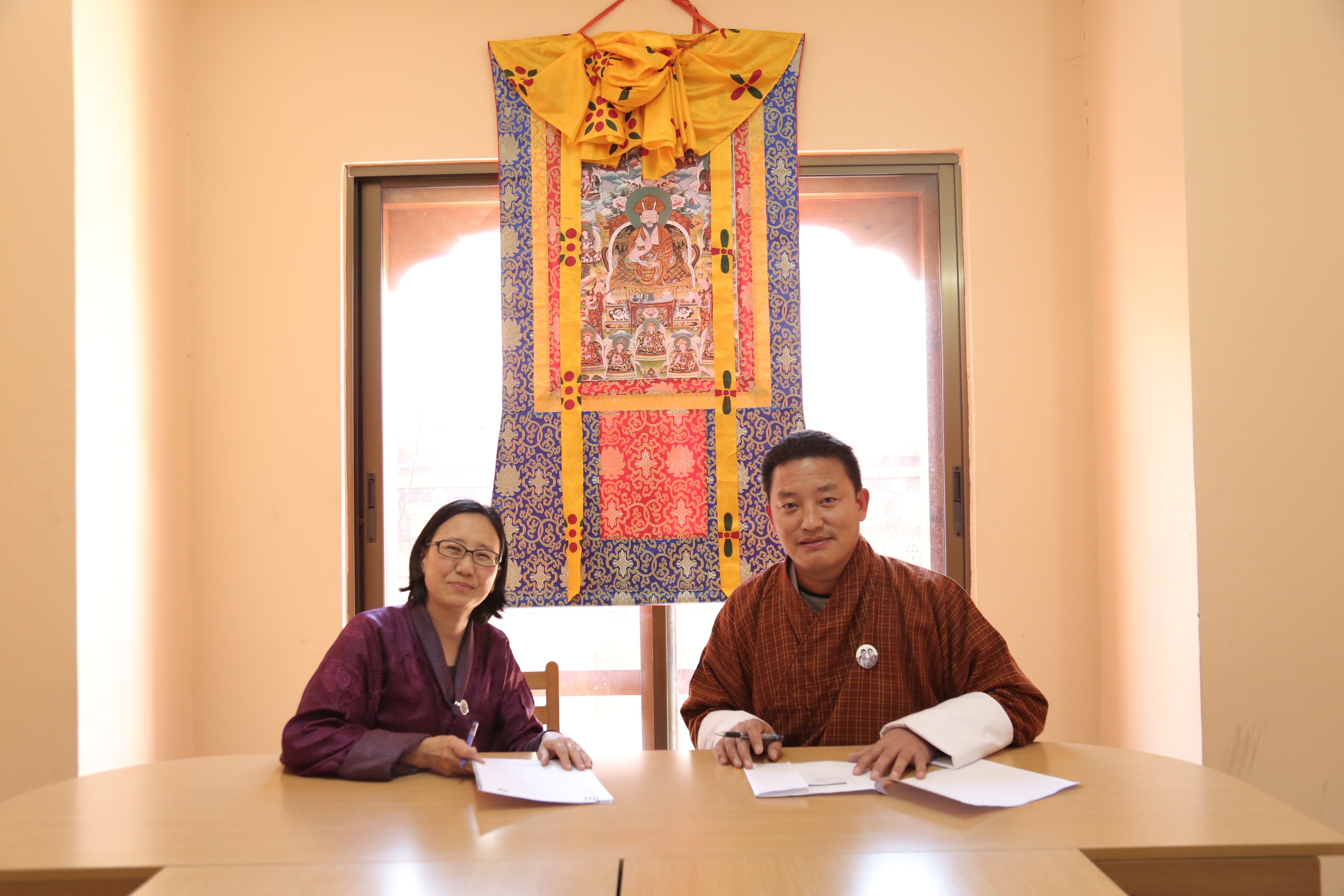 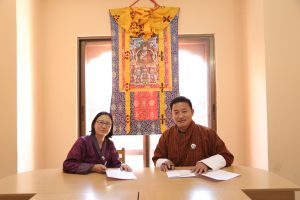 Bhutan Media Foundation and RENEW signed an MoU on the latter’s gender project called མོ་གི་མིག་ཁར་ (Through Her Eyes), a 12-episode TV talk show focussing on women and gender. Under the MoU, BMF will compile synopses of the Dzongkha talk shows in English and carry out an impact survey on the show.